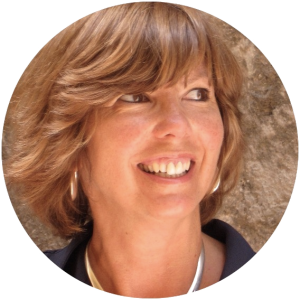 I left the world of biomedical physics to begin clinical practice as a homeopath over 25 years ago. Some of the experiments I witnessed involving bio-photon exchange and transmission in living cells caught my interest and sparked me to explore quantum biology and subtle energy fields. During this time, I decided to try homeopathy to address a congenital condition that involved a compromised immune system, a displaced heart, tiny lungs, and constant prescriptions of antibiotics that had destroyed my internal flora and left me incapacitated. To my surprise, my energy and vitality increased in a short time, my immune system began to function like it never had before. Homeopathy provided me with a new lease on life, and a new direction for my curiosity. By 1992, I had left my position as vice-president of a research instrument company, to research the power that homeopathic medicine can unleash.

I realized that homeopathic remedy signals are of the same dimension as the quantum processes of life;  a dimension that bridges consciousness and matter. In wanting to know more about consciousness, I was drawn to Buddhism and Advaita because they represent many millennia of recorded research and methodology to explore consciousness.

Over the last 25 years, we (the MICH team and myself) have developed a method of intervention we call Ego alchemy. Ego Alchemy is based on an in-depth understanding of consciousness, and how it manifests in the physical body, and brain, via quantum organelles such as the mitochondria in every cell. Ego Alchemy utilizes the quantum properties of homeopathic medicines to signal the mitochondria directly, and change how consciousness is manifesting through the body-mind of an individual. It is the catalyst to bring meditation to a new level, and bring resolution and meaning to suffering all dimensions.

Judyann McNamara graduated with in Physics, a major in Biology and went on to graduate studies in microwaves and field theory. While doing postgraduate research in biophysics, she taught physics to airline pilots and nurses, exploiting her talent of making even the most erudite of subjects accessible to everyone.

Judyann has held a clinical practice for over 25 years, held conferences since 1984 and taught physics, health sciences, homeopathy, holism and spirituality since 1975. A Homeopath with classical unicist training, certified by the Council of Classical Homeopathy (CCH), and the College of Homeopaths of Ontario in Canada, she is also a Naturopath, and the founder of the Montreal Institute of Classical Homeopathy: MICH Inc.

Ready to explore your own body-mind connection with an Ego Alchemist?