Perceived Stress and Sense of Self

The most prevalent, and most detrimental source of stress is the type that is directly related to the sense of self.
We all have a self-image consisting of various personality traits and attributes that constitute our sense of self, a pattern of “me”. A pattern formed by neuronal synapses that span the entire brain. This pattern involves both the frontal lobe of the neocortex and the mid and limbic brain and becomes “hard-wired” so that it is at the forefront of all our experiences and perceptions, opinions and relationships.1  It is the greatest impediment to healing disease, well being, meditation and self-realization.

Of course, this knowledge is not new, it is central to Buddhist philosophy and dates back many millennia. Our over-identification with, and over-attachment to a sense of self, through an over-identification to religion, country of origin, and culture has wrought havoc throughout history. Modern science has now brought to light the precise survival mechanisms linked sub-consciously to this process, and their effect on our health.

What homeopathy provides is an effective tool that aids in releasing attachment to the “hard-wired” sense of self. This reduction of the rigid sense of self allows greater freedom of response and improved adaptation resulting in less stress, the restoration of health and well being.

How we discover your particular “hard-wired” pattern

We all strive for some sort of ideal.  The higher dimensions of human consciousness have access to spiritual absolutes such as Beauty, Truth, Wisdom, Power, Love, Providence, etc. The spiritual dimension is a wonderful source of inspiration for art, music, architecture and many human endeavours.  It also provides the human being with the ability to be in a state of deep appreciation, in awe of the wonder of the universe, and moved by the majesty of creation.

The ability of the rational dimension of the human mind to identify and create patterns gives the mind the capacity to create a “pattern of self”: a self-concept composed of ideas, ideology, images and perceptions. This pattern takes on a life of its own: the organism defends it in the same way it defends the physical body. A mere comment can be perceived and reacted to with a full fight or flight response as if it meant life or death.  We have all seen and experienced this. The moment something becomes “who I am”, or what I identify with, defence mechanisms involving physiological processes come into play.

Perception, which occurs in the sensory level of consciousness, is altered to filter out and over-focus on anything that might pose a threat to this idea of self. This leads to a limited perception of the environment and the filtering incoming information. This limited perception leads to limited consciousness of the true environment and a skewed view with limited choices.

For example, people who over-identify with their job begin to perceive everything in terms of work, efficiency and performance to the exclusion of other aspects of their lives such as the emotional richness of their relationships. This imbalance and over focus maintains a constant state of stress in the organism.

Through focussed dialogue, your Ego Alchemist will facilitate your understanding of how you unconsciously create disease-provoking stress in your organism. Together, you will uncover the wired processes in your brain, particularly the effects of your neocortex by the hidden mechanisms of your amygdala and hippocampus. The amygdala is the emotion center of the brain, while the hippocampus plays an essential role in the formation of new memories about past experiences.

Your Ego Alchemist will find a complex natural signal that matches your process so that your body-mind becomes aware that it is caught in a loop based on mis-information. 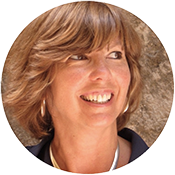 EGO ALCHEMIST, FOUNDER OF THE MONTREAL INSTITUTE OF CLASSICAL HOMEOPATHY

Originally a physicist and biomedical researcher, Judyann has had a clinical practice for over 15 years, has held conferences since 1984 and has been a teacher of courses in physics, health sciences, homeopathy, holism and spirituality since 1975.

Mindful Monday's is a series I built at MICH (The Montreal Institute of Classical Homeopathy) to help open people up to what we hold onto most strongly as if our life depended on it, what we identify with: our point of view, our opinions, our ideas, beliefs and anything or everything that we consider part of our identity. A “holding on” that is the basis of all disease: both individually and collectively.